7 Ayahuasca documentaries - In search of truth and recognition | Avalon

7 Ayahuasca documentaries – In search of truth and recognition

Ayahuasca is certainly an experience that marks a clear before and after in our lives. Therefore, it is not a surprise to find an increasing number of documentaries and overall information about the life of countless people, walking different paths in the world, and their transformation with the help of Ayahuasca.

Was it our need to know that made others answer that very call and turn it into a documentary?

Or is it the very documentary that inspires us to consider the help of Ayahuasca?

The answer is Both!

Ayahuasca documentaries speak to those seeking to understand their world, maybe with the help of Ayahuasca, and those who seek to have a better understanding of their already made journeys with the master plant.

Although we know each experience is individual, there’s this hope that someone else might have grasped the same thing we did. Sharing a reality can not only be a blessing but the confirmation of what we saw can lead to empowering our own choices based on it.

With what intention was the documentary made?

That’s the first and foremost important question we’ve asked ourselves as we started the journey of watching some documentaries before bringing them to you.

It isn’t to say one is better than another, as we all reached the knowing of all being perfect, not better or less, but rather right for the time being.

Who should you listen to?

That’s the very first question you should ask yourself when choosing to watch an Ayahuasca documentary. We’re naturally prone to be moved by people we admire as well as those somehow related to our way of living. For example, those of us who have a more technical background should seek to find an Ayahuasca documentary that is made by, or invite, scientists.

Those who run retreats or work in healing arts will seek certain vibrations in the speaker’s voice, one that brings them ease while listening to and inspires their work.

Fortunately, most of the documentaries out there bring a bit of both in their attempt to speak to all of us, independent on the path we walk in life.

If you’re wondering – What documentaries on Ayahuasca should I watch? here are some that inspired us in different ways and hopefully will inspire you as well.

Don’t be tricked by thinking the quality of the video and year in which it has been filmed are relevant when it comes to choosing an Ayahuasca documentary.

The wisdom has always been there, translated in many shapes and forms. To some of you, the simplicity of this movie will make you understand a lot more than other visually rich movies.

This is one of the very first, if not the first documentaries on Ayahuasca among the mestizo population of the Peruvian Amazon.

Don Emilio takes us patiently through his process of communicating, harvesting, and making the Ayahuasca brew, as well as his life story.

“In 1935, when I was 14 years own, I started drinking the Ayahuasca brew. I kept the diet for healing myself but I had no intention of learning. However, the plant liked me and has taught me various Ikaros in dreams.”

This is probably the most well-known Ayahuasca documentary.

It features the legality of Ayahuasca in different parts of the world, its roots, “the spiritual component of healing” as they call it, spoken and presented by Gabor Maté (M.D. and addiction expert) which has been and is a voice that won a special space in our hearts.

The story follows two people as they prepare to fly to the Amazon, meet Ayahuasca, and through the journey it takes them on.

These are the two classic profiles we see repeating over and over among the people that arrive at our retreats.

On one hand, there’s the person that has a well-paid job yet is no longer fulfilled by it, has reached an age where a shift is needed, had no contact or previous knowledge with the Amazon culture or medicine, had no spiritual upbringing, and used recreational drugs only for fun.

And on the other hand, there’s the person that works with healing arts, has had previous interactions with the Amazon world, has never taken recreational drugs, and seeks to better understand its work.

How will their journey unfold? Check out the documentary yourself.

3. Ayahuasca – Drink the Jungle (2020), directed by Mitch Schultz and produced by Aubrey Marcus

Shot in the Peruvian Amazon, this Ayahuasca documentary is a smooth introduction to the world of this powerful master plant.

Various people are interviewed about their experience, their fears, and their choice to overcome them as they opened their eyes to their inner world.

The gentleness and care present in this documentary remind us greatly of Ayahuasca and her way of teaching, which makes this one of our favorite movies.

For those who love things straight on point, here comes a short video of Graham Hancock with compact information about Ayahuasca.

That includes his personal experience: “I had been smoking cannabis for 16 years when I presented myself to Ayahuasca and she made me understand this is no longer serving me. It became clear to me how I was abusing it, not using it responsibly”.

This Ayahuasca documentary follows Gabor Maté around, from the jungle to interviews and lectures all over the world. The story revolves around addiction, as Gabor Maté has managed to overcome it himself, but not only.

Based in Peru, this Ayahuasca documentary is following 8 people for a month on their way to understanding their illnesses and healing with the help of plant medicines. A month later, 2 will return disappointed, 5 will return with real results and 1 won’t return at all.

This is the classic case where Western medicine is no longer a go-to and one turns to alternative medicine.

There are few documentaries on Ayahuasca this explicit and raw, don’t miss it. 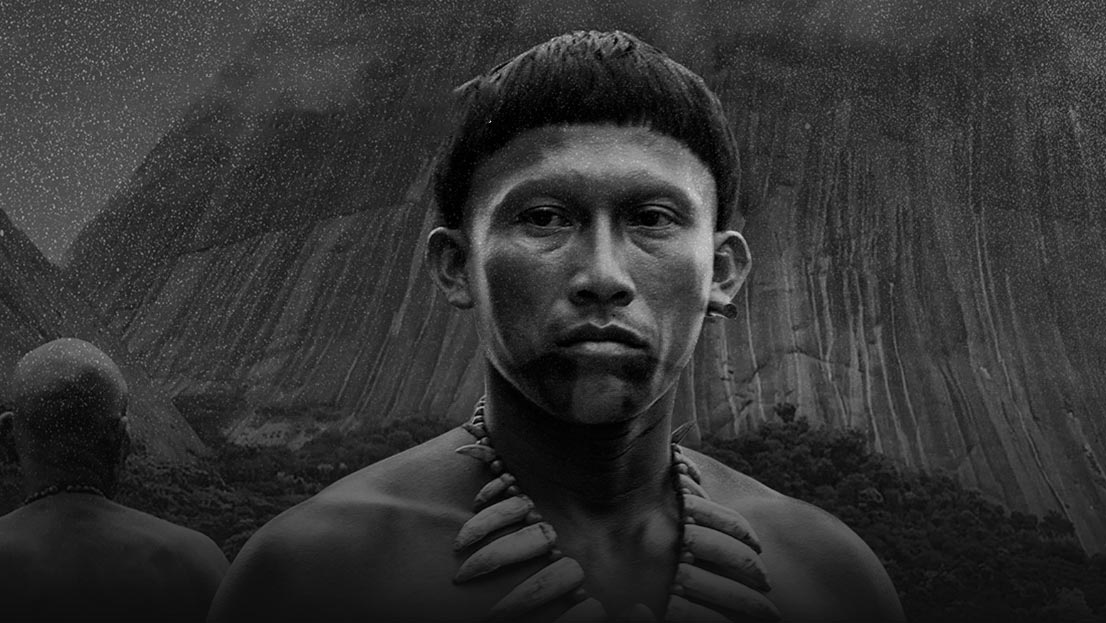 This movie sums up countless prizes all over the world and is a biography based on the diaries of German botanist Theodor Koch-Grünberg and American botanist Richard Evans Schultes, two scientists in search of a miracle plant.

Their journeys are guided by the same man, a warrior shaman called Karamakate, the last survivor of his people.

Although this movie is considered fiction, for us still counts as an Ayahuasca documentary.

We won’t spoil the surprise but rather invite you to watch this movie.

Documentaries on Ayahuasca are not only a source of information but also a bridge. That between you and many others whose life has been changed either by the medicine herself or those touched by her.

We’re looking forward to hearing what your favorite Ayahuasca documentaries are, and who knows, you might be part of one someday.

A quick reminder: Whatever your questions might be, whatever path you walk in life, know that we are here for you, and so is Ayahuasca. Avalon’s Ayahuasca retreats in Europe are your home and our team your companions. Discover our upcoming events and let us know what suits you best. 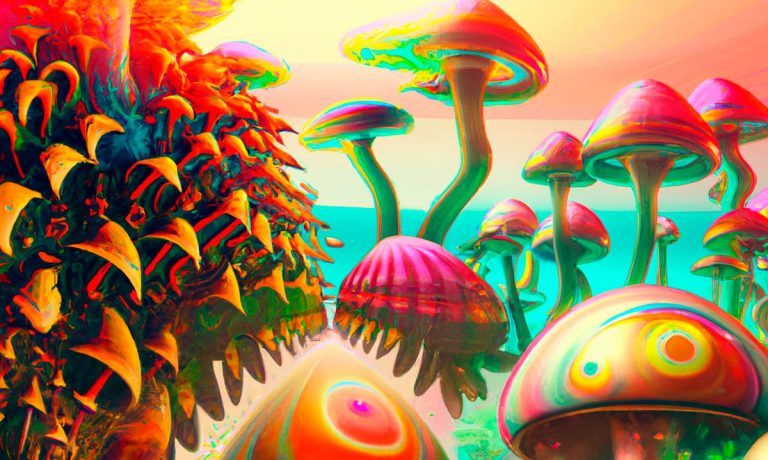 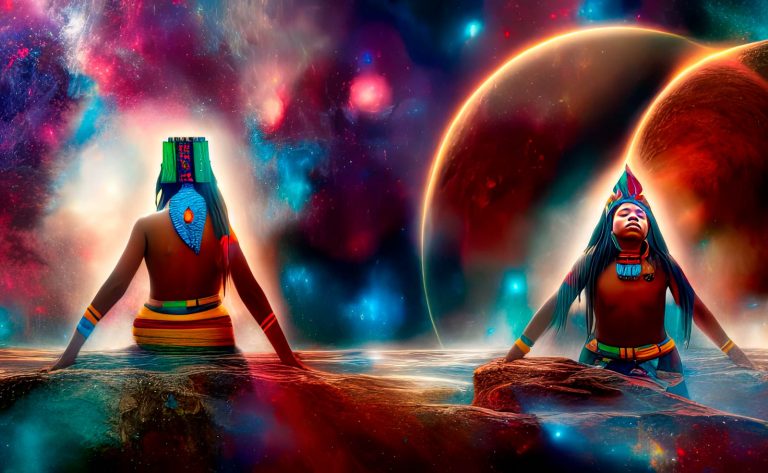