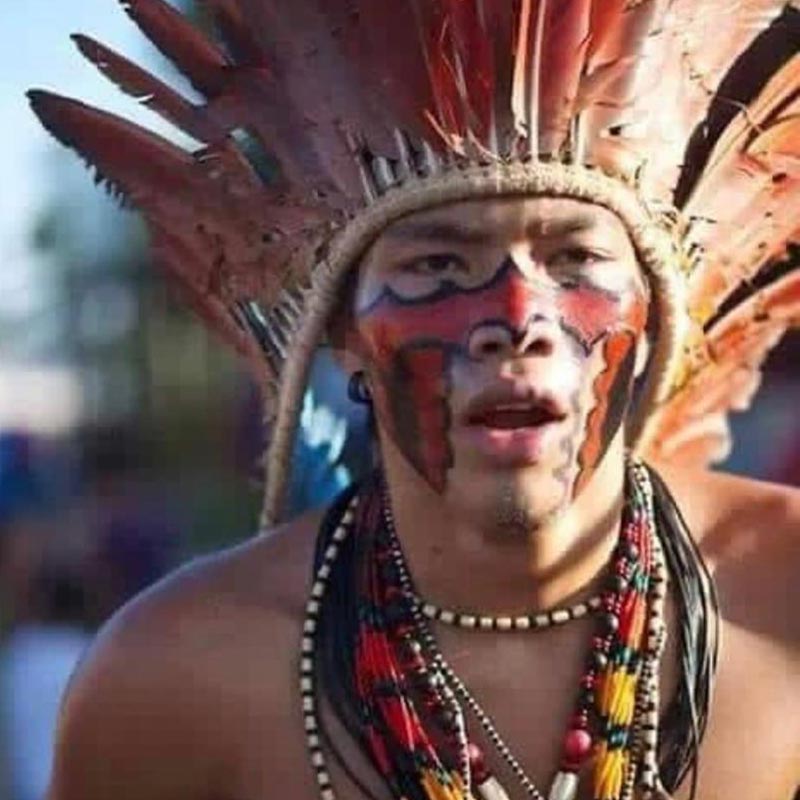 Matsini Vena Yawanawá comes from an uninterrupted lineage of pajés or master shamans. He studied from a very young age with his uncle Matsini Yawanawá, an internationally known shaman, and the legendary eldest pajé Tatá, who was his teacher.

Matsini entered his first serious shamanic study in 2010 at the age of 17. It started directly with the sacred plant Muka, a year-long diet that is taken in preparation for mastery of shamanism and requires a year of isolation deep in the jungle without drinking pure water - it must be mixed - and it is only possible to ingest certain specific and limited foods. The diet requires full dedication to intense prayer and strict rituals with medicinal plants among other structured spiritual studies.

Later he did the Trombeta diet, which is an even stronger and more dangerous diet since you can easily die doing it. Likewise, he is the only one of his generation who has followed the Yuvê shupá diet. After these two diets he has followed many others, constantly learning and preparing himself more and more.

His mother (Waxy) and his aunts (Hushahu and Putanny) were the first Yawanawá women to enter the Muka diet, so Matsini comes from a family with deep spiritual knowledge. His uncle Matsini is the spiritual leader of the Mutum village in Acre and one of the most recognized shamans of the entire Yawanawá tribe.

For years, Matsini has received groups from all over the world at his family's spiritual study center, Mawa Yuxyn, where he helps people open paths in their lives and heal with traditional Yawanawá plant medicine, his powerful voice, energy and his mysterious shamanism.

Given the high level of shamanism in his family and his great learning from an early age, Matsini is well on his way to becoming one of the most powerful shamans the Yawanawá have ever seen.