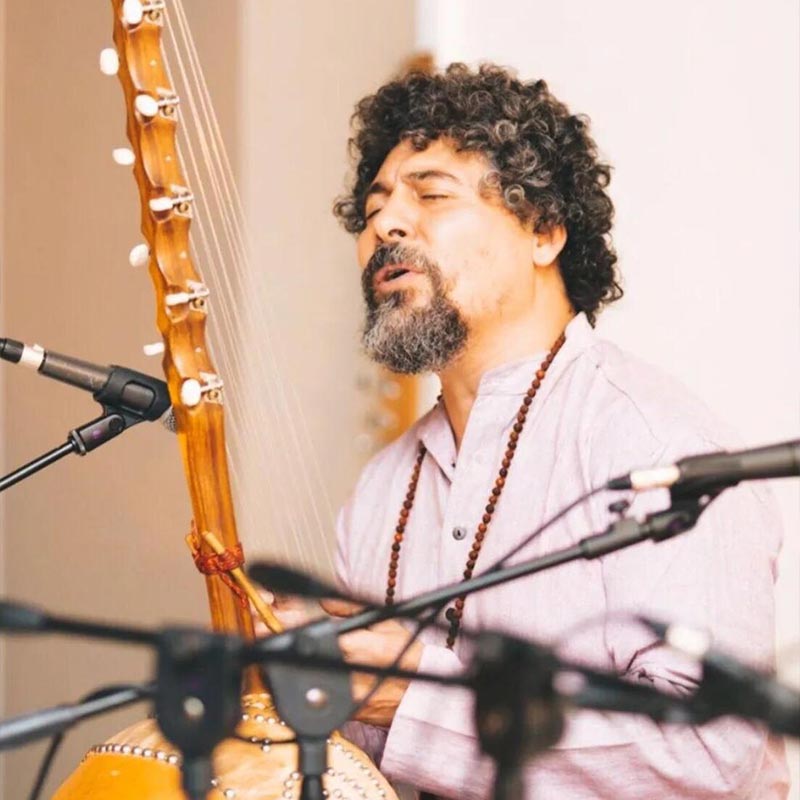 Humble and talented creator of peace and harmony through sound and silence.

My life since I can remember has always been linked to sound. Music is for me the vital center of encounter, with myself and with others. I trained as a classical musician, a superior performer in music from the Catholic University of Chile and a master's degree in pedagogy from the Autonomous University of Barcelona. My musical activity took me to various countries in South America, the United States, Europe, Japan and Taiwan, together with the renowned band "Barroco Andino".

At the same time, in 2000 I trained as a Kundalini Yoga teacher in the United States with Yogi Bhajan. In 2001, during my master's studies in clarinet at the Royal Conservatory of Gent, I started my Zen meditation practice at the Zen Dojo of Gent, in Belgium. I received the ordination of a Buddhist monk in 2012 from the hands of Master Kosen, heir to the Dharma of the great Japanese master Taizen Deshimaru. Since then I have traveled with my music to various countries: India, Australia, Indonesia and a large part of the European continent; experiences that left me with many vital lessons.

My music and singing combine my two passions: sound and meditation. I have recorded three albums: “Sagrado”, “Corazón del Cielo” and “Corazón de la Tierra”, mantras and medicine chants. And I have also made concert tours around the world collaborating with great exponents of Kirtan and the Medicine song such as Tina Malia, Mirabai Ceiba, Sangeeta Lavin, Manu Om, Ravi Ramoneda, Gaura Vani and Alonso Del Río.

I live in Barcelona since 2001 and practice my passion for sound and silence daily, with my musical work and also with the Sangha of the Dojo Zen Barcelona Ryokan. It is an honor for me to be part of the Avalon family.